What is the scapula and what does it do? 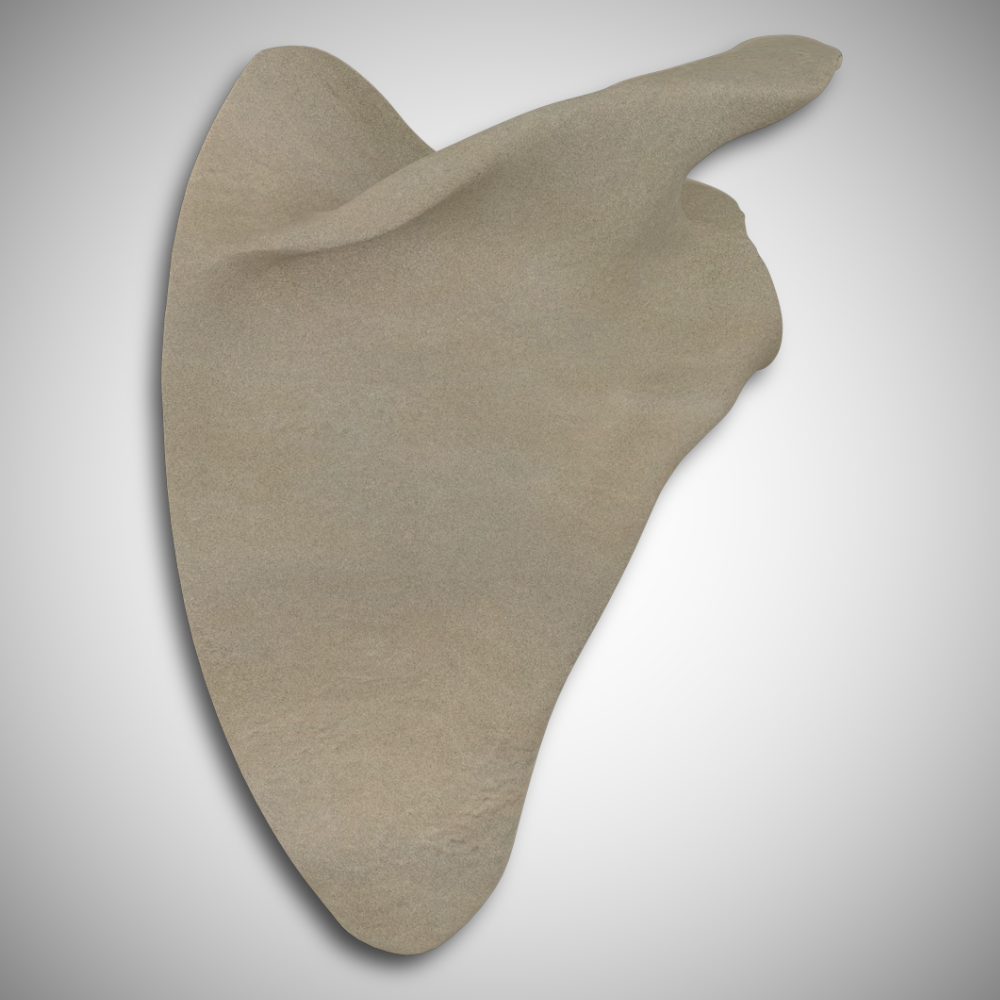 The body has 206 bones that make up the skeletal system at adulthood. Some of them are the stereotypical bone shape that you might think of if I asked you to picture a bone in the body. You might picture something like the long bone in the thigh, the femur. But there are also lots of bones in unique shapes that contribute to all the variability in movement that we can do. One of these unique bones is the scapula.

The scapula is one of the bones that makes up the shoulder complex. We have two of them — one on each side of the upper part of the back. Each scapula is a roughly triangular-shaped bone that is important for connecting the arm to the torso. The largest section of the bone is located posterior to the ribcage, but each scapula has two bony arms that curve around anteriorly and are part of the shoulder girdle.

Bony landmarks of the scapula

Important bony landmarks on the scapula include:

Muscles that attach to the scapula

The scapula connects with other bones at the:

Movements of the scapula

Due to its shape, orientation, and the mobility of the joints where the scapula meets other bones, it has a unique suite of possible movements. They include: