What do the terms origin, insertion, and action mean? 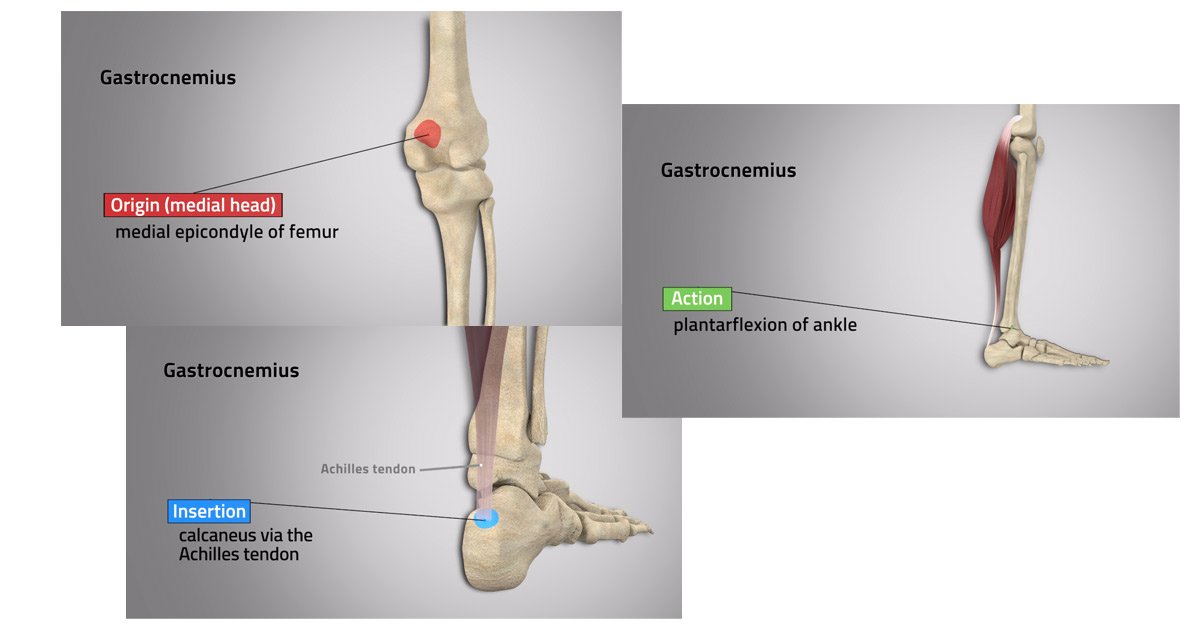 It’s important to have a language with which we can describe human anatomy and kinesiology in a meaningful way. It’s also important as we continue to study kinesiology that we understand some of the limitations of that language. Let’s take a look specifically at the idea of muscle origin, insertion, and action.

What happens to origin, insertion, and action outside of anatomical position?

In everyday life, it’s actually pretty rare for us to be in anatomical position. So, how does this change how we understand muscle origin, insertion, and action?

But what if we’re laying on the ground? If we’re laying on the floor with our legs straight out in front of us and we lift a leg to bring our femur toward our torso, we are moving what is typically considered the insertion toward the origin. But, if we sit up, we are bringing our spine toward our femur. Aren’t we still flexing the hip joint? But in that case, we’re bringing the torso toward the femur. So, now which attachments are the origin and which are the insertion? Similarly, would it be the femur bones resting on the floor or the bones of the spine moving through space that are the more stable bones now?

Things can get even more complicated when we are looking at muscles that do rotation. Let’s  look at another example using the piriformis muscle. Remember when we looked at the actions of the piriformis muscle that those actions were dependent on the position of the body. Piriformis acted from anatomical position to laterally/externally rotate the hip, but when we flexed the hip and changed the position of the bones in relationship to one another, the action of piriformis changed too. When the hip joint was flexed more than 90° piriformis acted to internally rotate the hip, the opposite action that the piriformis did when we were in anatomical position.

The terms origin, insertion, and action are important to the language of kinesiology. However, it’s also important to understand that these are conventions that are usually described from anatomical position. They can help us communicate with one another about body movement. Origin and insertion are useful landmarks to help us understand where one thing is in relationship to something else, but they’re not necessarily fixed. A more open-minded way to think about this is that muscles have at least two attachments. Whichever one is more mobile will move toward the other when the muscle that connects them contracts.