How do the lateral hip muscles support the actions of running and cycling? 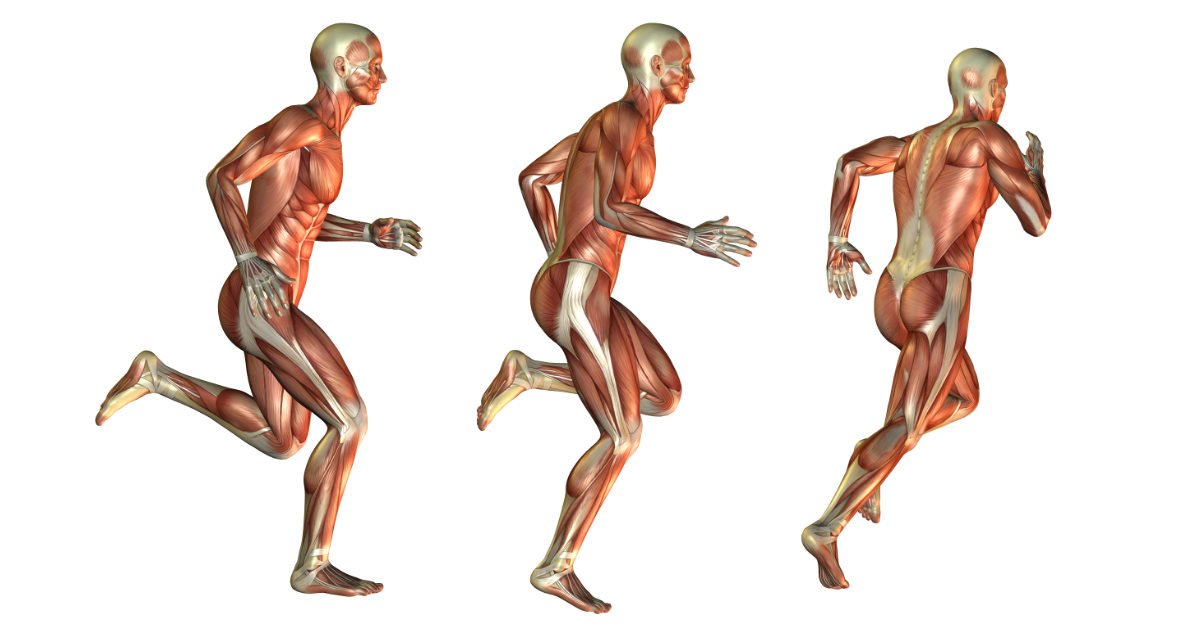 The lateral hip muscles (gluteus medius, gluteus minimus, and tensor fascia latae) are important muscles for movement in the body, but not in the way that we often think about muscles and movement. Instead of primarily creating movement in the way that we might expect of the quadriceps or the hamstrings, these three muscles are key to stabilization, which allows for controlled movement. We’ve already looked at these muscles individually in previous articles. Now, let’s take a look at how they contribute to movement using the examples of cycling and running.

Where are the lateral hip muscles?

Let’s do a quick review of what we mean by the lateral hip muscles.

There are three muscles that we’re focusing on here, which often don’t get as much press as some of their larger cousins, but are equally as important. Gluteus medius and gluteus minimus both attach proximally at points on the external ilium and then attach distally to the greater trochanter of the femur. Gluteus minimus is located deep to the gluteus medius. They both contribute to abduction of the thigh at the hip and also have some fibers that assist with flexion, extension, and internal rotation of the hip. The lateral hip muscles also include tensor fascia latae, which attaches at the anterior iliac crest and then continues distally until it merges with the fibers of the iliotibial band, just below the greater trochanter. Like the lateral gluteals, tensor fascia latae can contribute to abduction of the hip.

In addition to contracting to create an action, each of these muscles has a critical function in stabilization, which means preventing too much movement. Gluteus medius, gluteus minimus, and tensor fascia latae stabilize the hip joints. The tensor fascia latae also controls the tension in the iliotibial band, which in turn contributes to stabilization of the front and outside of the knee joint.

Let’s take a closer look at how this stabilization function happens in the movements of cycling and running.

The pedal stroke cycle in cycling

In order to pedal a bicycle, muscles have to contract, of course. The full cycle of a pedal stroke is often described as having two phases. There is a power, or down stroke phase, when you’re pushing the pedal from the top to the bottom of the pedal stroke. The quadriceps, gluteus maximus, and the calf muscles are most actively contributing to this action. Then, there is a recovery phase or a pulling up action of the pedal, when we go from the bottom of the pedal stroke back to the top. The muscles that are most actively contributing to this action are the hamstrings, the hip flexors (such as the iliopsoas), and the muscles which dorsiflex the ankle (such as tibialis anterior and extensor digitalis longus).

The lateral hip muscles in cycling

The actual movements in the body are often more complicated and subtle than we give them credit for, however. In order to move one side of the lower body, it’s necessary for the body to brace and stabilize the other side. We shift weight subtly from one side to the other in order to move one leg and then the other, even when sitting as we would be on a bicycle. The muscles that do that key action of stabilization at the hip joints are the gluteus medius, gluteus minimus, and tensor fascia latae. Tensor fascia latae also controls the tension on the iliotibial band to help stabilize the knee joint when we flex, extend, or rotate it.

The gait cycle in running

Similarly, as when cycling, there is a cycle of muscle activation when we’re running. There is a stance phase where one foot is on the ground and the other is behind you preparing to swing through. And, there is a swing phase, when the next foot swings through from behind to land in front of the body and take our weight. The main muscles used to create the action of running are the quadriceps, hamstrings, hip flexors, calf muscles, and gluteus maximus.

The lateral hip muscles in running

However, just as with cycling, the muscle activation to create a complicated movement like running is equally complex. In addition to the muscles we’ve mentioned that directly create the motion of running by flexing and straightening the knees and hip joints, the lateral gluteals contribute to the rotation of the hips that’s needed for us to shift weight from one foot to the other. It’s also necessary for the body to brace and stabilize one side as we shift our weight from one side to the other. Again, the muscles that do that key action of stabilization at the hip joints are the gluteus medius, gluteus minimus, and tensor fascia latae, with tensor fascia latae also controlling the tension on the iliotibial band to help stabilize the knee joint. Specifically in running when we are bearing weight on one leg, the lateral hip muscles work to stabilize the hip on the opposite side. This allows us to then shift weight back to that side and swing the next leg through.

Our pelvis has two sides which move independently from one another. This is necessary for us to be able to walk or run, and even to pedal a bike. The fact that we have two sides of the pelvis interacting with one another means that the activity of muscles on one side of the pelvis affects what happens on the other side of the pelvis. This means that, although we certainly need muscles to create an action like running or cycling, stabilization is also just as important for walking, running, and riding a bike.