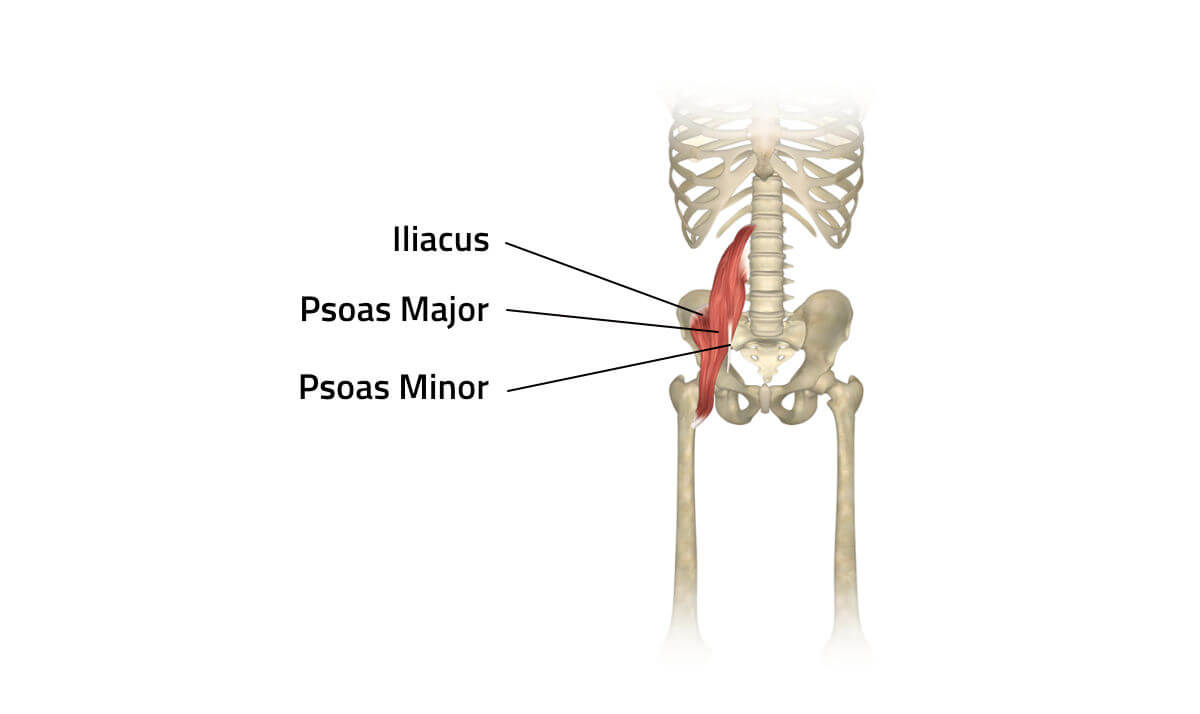 What is the iliopsoas muscle?

Iliopsoas could be associated with three different muscles:

Iliacus and psoas major are frequently grouped together as the “iliopsoas” because they share a common attachment and they work together to the same primary movement.

Where is iliopsoas located?

The proximal end of iliacus originates on the fossa of the anterior ilium. This is the broad area on the inside of the pelvic bowl.

The proximal end of psoas major originates on the body of the vertebrae from T12 to L5.

Psoas major has a long path from its proximal end to its distal end where it meets up with iliacus. It runs down the sides of the spine, anteriorly over the front of the pubic bone, and then  heads posteriorly to meet up with the iliacus. Along its path, psoas major crosses nine joints: T12–L1, L1–L2, L2–L3, L3–L4, L4–L5, L5–sacrum, sacrum–ilium (SI joint), pubic symphysis, and the hip joint.

When the iliacus and psoas major join fibers at their distal ends, they form a common tendon and insert on the lesser trochanter of the femur.

What actions does the iliopsoas do?

Both iliacus and psoas major flex the hip joint. This is their primary action.

Want to learn more about the iliopsoas?

Check out these related articles: