What structures make up the pelvis? 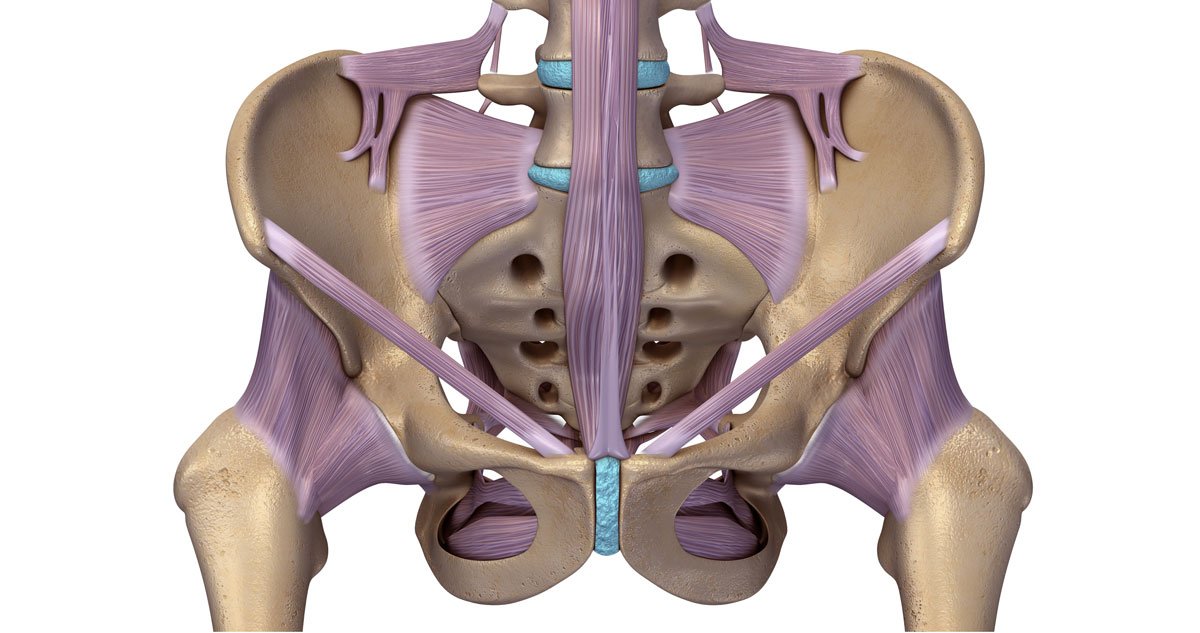 Bones in the pelvis

The overall shape of the pelvis varies in the population as a whole. It also varies between men and women because women’s pelvises are shaped to accommodate childbirth. There are two sides, or halves, to the pelvis. The two sides of the pelvis connect at the sacrum on the posterior side and at the pubic symphysis on the anterior side.

Each half of the pelvis is composed of three bones:

Ischium —— The ischium is the posterior and inferior bony aspect of the pelvis.

These three bones are truly separate bones at birth, when they are separated by cartilage, but they become fused by the time we reach adulthood.

Additionally, there are two more bones which connect the two sides of the pelvis:

Sacrum  —— The sacrum is a triangular-shaped bone that is actually considered to be composed of five fused vertebrae. It fits like a wedge between the two sides of the pelvis.

Coccyx —— The coccyx is more commonly referred to as our “tail bone”. It’s made up of three, four, or sometimes five fused vertebrae.

The sacrum and coccyx bones fit between each half of the pelvis on the posterior side.

Joints at the pelvis

Pubic symphysis —— This is where the two halves of the pelvis articulate with one another on the anterior side of the body.

Acetabulofemoral joints —— These two joints are better known as the hip joints. This is technically where the pelvis connects to the lower body.

Muscles and ligaments at the pelvis

Strong ligaments are an important part of what connects the two halves of the pelvis. They include:

As the pelvis is central to movement in both the legs below and the spine above, a long list of muscles connect to the pelvis both above and below.

Movements at the pelvis

Since there are two halves of the pelvis, each of them can move independently of one another. This is important, as this independent movement is necessary for walking, running, and many other movements.

The pelvis is an important part of our body structure and necessary for our most basic movement. If you’d like to learn more about muscles that attach to the pelvis, check out our posts on the piriformis muscle and the iliopsoas.